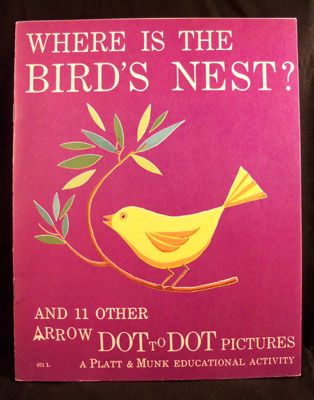 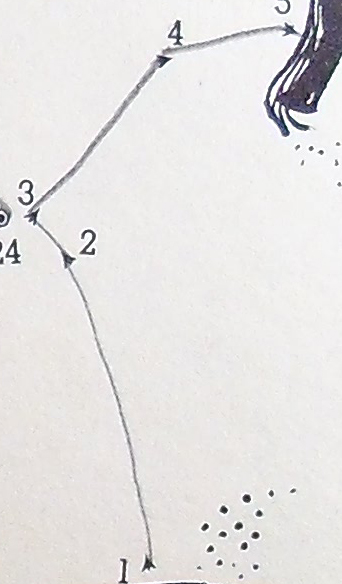 In 1959, Platt & Munk published a set of 12 Dot-to-Dot books. This was not an ordinary dot-to-dot. Instead of a “dot” the author, David B. Dreiman, used an arrow. There is still a number with the arrow, but instead of looking around for the next number/dot you just follow the way the arrow points. “The new technique helps teach a child to count since the arrows point to the next number”. It may make it easier for younger children to learn their numbers if they are sure they have the correct number in sequence.

The only book of the set of 12 that we currently have is “Where is the Bird’s Nest? and 11 other Arrow Dot-to-Dot Pictures”. According to the Catalog of Copyright Entries, Third Series, 1959, Jul-Dec, this series was published on July 29, 1959. Mr. Dreiman said that the dot-to-dots “provide absorbing entertainment for the child and are educational as well.”

As with many of the older dot-to-dot puzzles, you can see the majority of the final image before you start solving the puzzle.  Did you know that once a dot-to-dot puzzle is connected to its final image it basically turns into a coloring book outline? So the dot-to-dot books can serve as two functions, puzzle solving and coloring.